Skagen watches are easily recognisable by their simple and minimalist design, but do you really know where they come from, where they are made and are they quality? In this post we will address these questions and a few more.

From the inscription on the back, which reads Skagen Denmark, it is easy to think that they are Danish watches, but in reality the brand is based in Texas, so they are actually American watches.

Many equate Skagen watches with brands like MVMT or Daniel Wellington for their ultra-flat designs that follow fashion trends, but the truth is that Skagen has a much wider range of designs than these brands, even making hybrid watches and smartwatches.

If you want to know the origin of Skagen watches, the most successful designs of the brand, their characteristics and the opinions they usually get, read on.

To find the origin of Skagen watches we have to go back to 1989 in New York, where Charlotte and Henrik Jorst decided to found Skagen Designs Ltd.

In 1987, Henrik and Charlotte, originally from Copenhagen (Denmark), decide to move to the USA for work, as Henrik gets a responsible position in a famous Danish brewery. 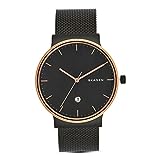 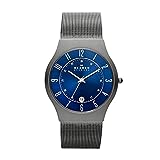 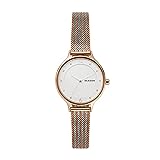 But the couple have their own business in mind and soon after decide to represent designer Jacob Jensen's watches in the US as corporate gifts.

Later, with the help of Comtech Watches, a well-known Danish watch manufacturer, the couple started to produce their own Danish designs at reduced prices and in 1991 they presented their first collection at a corporate gift fair in New York.

At the fair, Henrik and Charlotte's watches caught the attention of numerous retailers who encouraged them to launch their own brand, and Skagen Denmark was born.

The name of Skagen watches honours a small fishing village in the north of Denmark, at the northernmost tip of the Jutland region.

Even the company logo is inspired by the small village, as it symbolises the junction of the Skagerrak Sea and the Kattegat Sea at the Skagen Strait.

History of a successful company

During 1992, the first year, Skagen achieves a turnover of $800,000 under its own brand name and in 1998 the company is already one of the 250 fastest growing companies in the USA with a turnover of $30 million thanks to its expansion in Denmark.

This would be the starting signal for the European distribution of the brand, which soon opened shops also in the UK, Germany, the Netherlands and the rest of Europe,

Soon it will also expand to the Middle East and the Asian market, opening several online sales portals to reach all its potential customers and raising its turnover to 70 million dollars a year.

However, as happens with all successful projects, in 2012 the watch company Fossil decided that Skagen was a good acquisition for its business plans and acquired the company, which became a subsidiary of the brand.

Today, although the firm no longer belongs to the original owners, Skagen watches are marketed worldwide with the same features and prices with which they started more than 20 years ago.

Are the watches of this brand any good?

Skagen is a brand of minimalist watches with ultra-thin designs that follow fashion trends and whose materials are a step above other American brands that follow the same trend.

With a fairly affordable average price Skagen watches are affordable for everyone, but are they really worth what they cost? Let's look at it in parts. 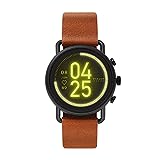 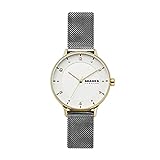 Skagen watches have received several awards for their characteristic clean and tidy Danish design, including the "Red Dot" for several years in a row (2010, 2011 and 2012).

The award, one of the most important awards in the world of design, has gone to the brand's creations such as the Denmark 809 and 234 series, as well as the Swiss Movement 585 saga, all of which are affordable watches despite their track record.

The brand is best known for its Skagen watches for women because their designs are ultra-thin and fit perfectly on the smallest wrists, but its catalogue is so varied that you can find practically any type of watch, whether for men or women.

They even manufacture hybrid watches and smartwatches with a high technological load but with the same avant-garde designs.

Another important fact that makes Skagen stand out from other similar brands is the quality of the materials used, generally a notch above its competitors. Few brands make watches with titanium cases and Milanese mesh straps at the price that Skagen does.

Skagen Hybrid watches
In addition, most of the brand's designs are water resistant, although some can withstand only 3 ATM pressure (about 30 metres) while others can withstand 5 ATM, i.e. up to 50 metres under water.

To cover the dials of its watches, the brand opts for a mineral crystal that is quite resistant, but not as resistant as the sapphire found in high-end watches.

As for the movement, most Skagen watches are equipped with quartz calibres of Japanese origin, generally Miyota, a reliable and precise machinery that enjoys a good reputation in the watchmaking community.

It is also possible to find some models with automatic calibres and even Swiss-made movements, but they are significantly more expensive, although they are still inexpensive compared to other brands.

Where are they made?

Like most fashion brands, Skagen manufactures its watches in Asian countries in order to reduce costs and offer such low prices.

This is not to say that they are of poor quality, but neither are they Swiss watches worth thousands of euros and therefore we cannot expect them to increase in value over time or to be passed down from generation to generation.

Since their inception they have been manufactured in Hong Kong, but when Fossil acquired the brand, it moved production to China, along with other subsidiaries of the group.

Below we will showcase some of the best Skagen watches for women and men that you can find today:

The men's designs are easily recognisable by their dimensions although Skagen don't make excessively large watches, so some of them could very well pass for unisex. 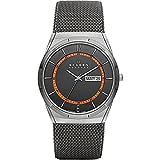 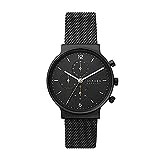 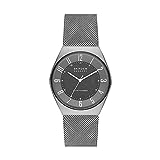 Skagen women's watches are easily recognisable by their small dimensions, especially in depth, as many of them are extremely slim. 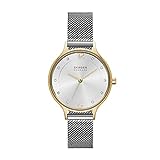 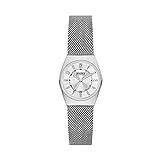 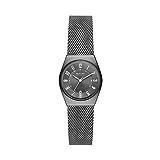 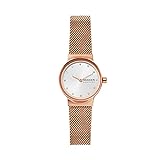 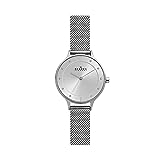 Although they are not made in Denmark, Skagen watches have a good quality/price ratio without ever leaving aside their characteristic Danish design.

It is difficult to find watches made of titanium at the price that Skagen makes them, something that this brand has achieved even using Miyota movements of Japanese origin. They even make low-cost hybrid watches and smartwatches.

They may not be luxury watches that you can pass on to your children, but they are certainly at a level of quality far above the competition and their price is unbeatable.

Quartz watches What are they and how do they work?

The best watches from the Orient [Comparativa de precios]